It’s certainly been a while since we’ve heard new music from Sugarland’s Jennifer Nettles, but as it turns out, the wait has paid off. New this week, Jennifer released a track that pays tribute to the often forgotten fallen victims of the 2001 destruction at The World Trade Center. The track, “King of the City” is a heartwrenching emotional number and truly showcases the ability of a song to express something so raw in such a beautiful way. 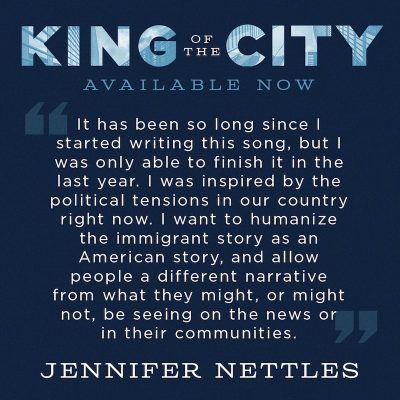