KALIE SHORR KICKS OFF “TOO MUCH TO SAY TOUR” AT EXIT/IN – CHRONICLED BY BILLBOARD NASHVILLE, Tenn. (February 4, 2020) — Nashville’s famed Exit/In was the place to be this past Friday night as Kalie Shorr kicked off her “Too Much To Say Tour.” Fans got the first taste of the high energy, honest and raw show that Shorr will be bringing to cities across the country. 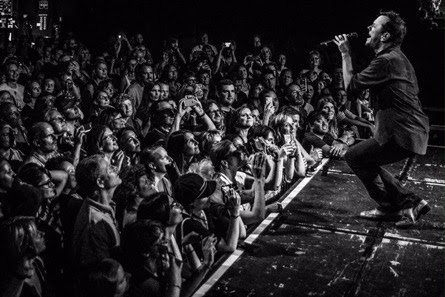 GRAMMY-AWARD WINNING DUO TO HEADLINE THEIR FIRST EVER ARENA TOUR ACROSS 35+ U.S. CITIES “10,000 HOURS” – NEW SINGLE WITH JUSTIN BIEBER HAS MASSIVE WORLDWIDE DEBUT (October 7, 2019) – Solidifying their superstar status with yet another career milestone, GRAMMY-winning duo Dan + Shay have announced dates for their first ever headlining arena trek, Dan + Shay The (Arena) Tour. The 35+ date tour, presented by AEG Presents, will kick off March 6, 2020 at Bridgestone Arena in Nashville, TN and conclude October 31, 2020 at Tacoma Dome in Tacoma, WA. The tour will also include a stop at New York City’s famed Madison Square Garden.

Photographer Terry Wyatt with Getty Images was onhand to capture the charismatic and incredibly talented Trisha Yearwood on the first night of her “Every Girl” tour as she performed with the Nashville Symphony.

No Shoes Nation, gear up for a wild 2020 summer! Country superstar Kenny Chesney recently announced a huge stadium tour, so far spanning five months and 20 cities with more dates yet to come. This is a change from his 2019 tour, consisting of performances in smaller venues in unfamiliar markets across the United States.

STURGILL SIMPSON ANNOUNCES SPECIAL UNDERPLAY TOUR TO BENEFIT THE SPECIAL FORCES FOUNDATION GRAMMY® AWARD-WINNING ARTIST’S LIMITED RUN OF CLUB SHOWS KICKS OFF AT THE LEGENDARY TROUBADOUR IN WEST HOLLYWOOD THIS SUNDAY, SEPTEMBER 29 TICKETS GO ON SALE WEDNESDAY, SEPTEMBER 25, AT 10AM LOCAL THEATRICAL SCREENINGS OF “SOUND & FURY” TO TAKE PLACE AT THE ARCLIGHT CINEMA IN HOLLYWOOD ON SEPTEMBER 26 + THE IFC THEATER IN NYC ON OCTOBER 3 THE NEW YORK TIMES PROFILES SIMPSON IN THEIR SUNDAY ARTS & LEISURE SECTION; “SOUND & FURY” NAMED ONE OF THE FALL’S MOST ANTICIPATED ALBUMS BY NEW YORK MAGAZINE, BILLBOARD, AND MORE “SOUND & FURY” – THE ALBUM + NETFLIX ANIME FILM BY STURGILL SIMPSON – SET FOR SIMULTANEOUS WIDE RELEASE ON SEPTEMBER 27