The country music legend and GRAMMY-winning entertainer, Dwight Yoakam will continue his residency at Wynn Las Vegas alongside The Bakersfield Beat. The event is titled An Evening With Dwight Yoakam and The Bakersfield Beat and will take place at the Encore Theater in Las Vegas. Guests will take a journey with songs, sights, and stories through California country music’s dramatic arrival and lasting impact on American pop music culture.

NASHVILLE, Tenn. – Arena audiences can’t get enough of the Bellamy Brothers during Blake Shelton’s Friends and Heroes 2020 Tour, which kicked off in Portland, Oregon’s Moda Center and continued through Tacoma and Spokane, Washington this weekend. Fans of more than 15,000 roared into applause when the iconic duo commanded the arena venues as they strummed into their international hits “Let Your Love Flow” and “Redneck Girl” before they joined Blake Shelton, Trace Adkins and John Anderson on stage to perform “If I Said You Had A Beautiful Body (Would You Hold It Against Me)” during a stripped down guitar pull.

NASHVILLE, Tenn. – Chase Rice dropped by “Inside Studio G” today, February 17, to announce that he will be the special guest joining Garth Brooks this Saturday, February 22, at the Detroit Lions’ Ford Field. The announcement brings full circle a story that began last summer

(Nashville, Tennessee…) February 14, 2020 – Tenille Arts has been announced to perform the Canadian national anthem prior to the NBA All-Star 2020 game on Sunday, February 16 in Chicago. This is her second appearance representing her home country at a premiere National Basketball Association event; last year she sang the Canadian national anthem at game three of the NBA finals between the Golden State Warriors and Toronto Raptors. Chicagoan Chaka Khan will sing the U.S. national anthem prior to the 8 p.m. ET tip off on TNT. 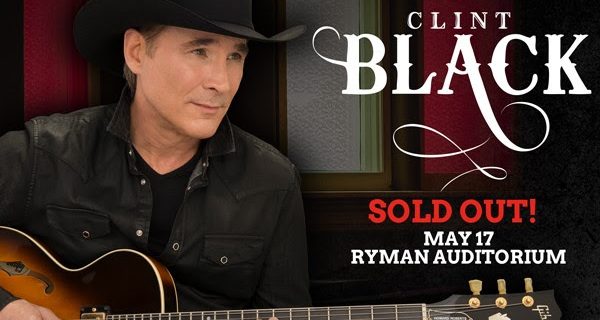 (February 13, 2020 – Nashville, TN) One of Country music’s most celebrated artists, Clint Black, has sold out his upcoming show at Nashville’s historic Ryman Auditorium, on Sunday, May 17th. Known as the “Mother Church of Country Music,” Black’s last appearance at the famed venue was back in 1999.

The AMERICANA TOUR is a 40-city summer tour that will start in Austin, TX, on June 13th, immediately after Miller is inducted into the Songwriter’s Hall of Fame in New York on June 11th. There will be two special festival dates featuring Brian Wilson and Taj Mahal, as well as four Canadian concerts featuring a young, bright new songwriter and guitarist, Matthew Curry. The full itinerary is below. For ticket on sales, fans can check local listings.