Today (March 4th, 2020), the Dixie Chicks released their first song in 14 years, titled “Gaslighter”. The catchy tune sends the listener back in time with the familiar vocals and rhythm of the Dixie Chicks, but with an extra flare of female strength and resilience. Gaslighter is just a taste of what the Dixie Chicks have in store for us and on May 1st, they will release their new album of the same name. While we anxiously await for the album we will have Gaslighter on repeat and turned up to eleven!

After receiving praise from David Byrne for their modern day protest songs, Nashville sextet Delta Rae is calling out America’s corrupt systems in their new single “Only In America,” which is the latest release off their upcoming album ‘The Light,’ out March 20th. The lyrics unapologetically sear the current administration — “Conman in the highest office in the land, goddamn, says make America great again” — showing that these Southern progressives aren’t planning to shut up and sing this election cycle.

ENCINO, CA (February 27, 2020) – The Academy of Country Music® announced today the nominations for the 55TH ACADEMY OF COUNTRY MUSIC AWARDS™, Country Music’s Party of the Year®, honoring the biggest names and emerging talent in the Country Music industry. Reigning ACM® Entertainer of the Year and 15-time ACM Award®-winner Keith Urban will host the show for the first time. The 55th ACM Awards® will be broadcast live from the MGM Grand Garden Arena in Las Vegas, Sunday, April 5 (live 8:00-11:00 PM ET/delayed PT) on the CBS Television Network, and will be available to stream live and on-demand across digital platforms on the CBS All Access subscription service.

NASHVILLE, TENN. (February 28, 2020) — Individually, Country mainstays RANDY ROGERS and WADE BOWEN have racked up countless career milestones. Together, the pair has two decades of friendship and collaboration under their belts. Ready to mark the next chapter in their musical partnership, Rogers and Bowen are set to pop the top on their latest studio album HOLD MY BEER, VOL. 2 on May 8.

March 2, 2020 – On the eve of the publication of her first book, FIND YOUR PATH: Honor Your Body, Fuel Your Soul, and Get Strong with the Fit52 Life, Carrie Underwood announces the launch of her new fitness app, fit52, which is now available for download on iOS. Created in partnership with Creative Labs and leading entertainment and sports agency Creative Artists Agency (CAA), the fit52 app is part of a holistic wellness platform designed to encourage and support you on your personal wellness journey and make it easier for you to find your path to a stronger, healthier you.

Go behind-the-scenes with country music entertainer, TV host and Army Veteran Craig Morgan in his new docuseries, Craig’s World. Premiering March 5 on Circle Network, Craig’s World follows Craig at home and on the road as he and his tight-knit family navigate triumphs and challenges while developing businesses, writing hit songs and balancing a country music career. Highlights from the first season include running his first half-marathon, the birth of his granddaughter, teaching his grandson to ride his first dirt bike, and the chaos of a concert and appearance calendar that leaves no room for travel delays!

February 26, 2020 – Nashville’s fast-rising band King Calaway continue their strong start to 2020, with their latest single “No Matter What” claiming the second most added song at Country Radio upon its impact date. 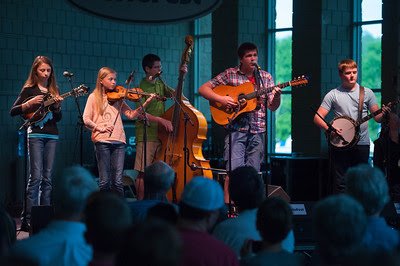 February 24, 2020 – Wilkesboro, N.C. – Over the past two decades, hundreds of young musicians have taken part in the Acoustic Kids programming at MerleFest presented by Window World. This year—the showcase’s 20th anniversary—young musicians from the MerleFest audience will once again step on stage and perform in Andy May’s Acoustic Kids Showcases. Some participants are just learning to play their instrument, some play just for the fun of it, and some go on to international renown. Put on by long-time music educator and accomplished multi-instrumentalist, Andy May, Acoustic Kids is open to any musicians ages 16 or younger who register online before March 15.

Just as the sold-out 2020 Country Music Cruise arrived back in port, StarVista LIVE announced the exciting lineup for the 8th annual Country Music Party At Sea. Neotraditional Country artist Josh Turner will headline a special performance for passengers onboard in Key West, and Mark Chesnutt, Lee Greenwood, The Oak Ridge Boys, Sawyer Brown and many more fan favorites will entertain guests on the Eurodam, one of Holland America’s stunning Signature-class ships. The seven-day cruise will depart from Ft. Lauderdale on January 24, 2021 and make stops in beautiful Freeport, Key West and Cozumel before returning on January 31.